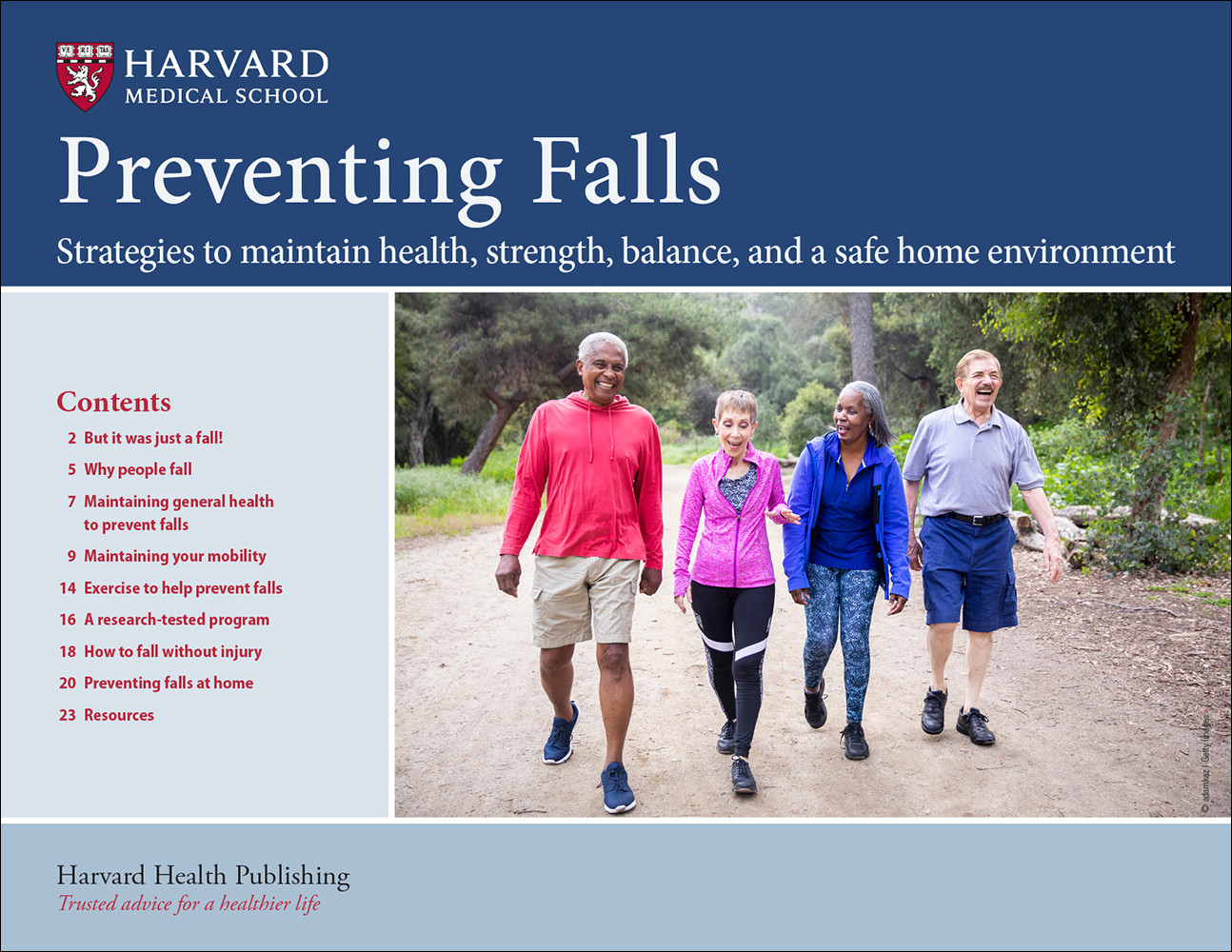 Keeping your balance and preventing a fall just got easier, thanks to Preventing Falls, from the experts at Harvard Medical School. This information-packed guide explains how your body works to keep you balanced, and the health problems, medications, and home-hazards that can set you up for a fall. And it provides specific ways to help you improve your balance and maintain your mobility.

Every 11 seconds an older person in the U.S. is treated in an emergency room for a fall-related injury.

The good news is that many falls can be prevented.  For the best ways to maintain your balance and avoid falling get Harvard Medical School’s new report Preventing Falls. This information-packed guide from Harvard’s expert physicians explains:

But the risk factor most likely to predict a future fall is a previous fall! Chances are you don’t remember you’ve fallen unless you are injured. You might trip over the edge of a carpet … Twist an ankle as you step off a curb … Or stumble over a box in the garage. They seem like small problems, but as you’ll soon discover in Preventing Falls these are all signs you need to be more careful to prevent a serious fall.

Start reading Preventing Falls right now and discover how to reduce your chances of falling and the best ways to maintain your mobility and improve your balance, including:

Plus, you’ll even get an at-home guide to preventing falls with 57 room-by-room tips to fix the fall hazards lurking in your home.

Don’t risk a serious fall when Harvard Medical School’s Preventing Falls has the answers you need for improving your balance, maintaining your mobility, and staying steady on your feet.

Harvard Medical School Guides delivers compact, practical information on important health concerns. These publications are smaller in scope than our Special Health Reports, but they are written in the same clear, easy-to-understand language, and they provide the authoritative health advice you expect from Harvard Health Publishing.

The life-altering consequences of falling

Fractures
While broken bones in the limbs are a very common injury from falls, hip fractures are considered the most serious types of fractures—often resulting in permanent disability and sometimes death. The risk of hip fractures increases with age. According to the Centers for Disease Control and Prevention (CDC), an estimated 300,000 people over 65 are hospitalized for hip fractures each year, and more than 95% of hip fractures occur as a result of falls.

Traumatic brain injury
Falls are the single most significant cause of traumatic brain injury. These injuries can result from something as simple as tripping on a sidewalk or falling in the shower. They can lead to permanently impaired mental abilities and emotional instability. Brain injuries also have been linked to a higher risk of developing dementia. The initial symptoms of a traumatic brain injury may occur immediately or may be delayed for many hours after the fall.

A herniated disc happens when the cushion between two spinal bones is squeezed out of position, often putting pressure on a nerve as it exits the spine. These injuries can result from a sudden twist or jerk of the neck that may occur during a fall.

Cervical spine fractures of the neck in younger people often result from a hard impact or long fall. Less force is needed to produce fractures in older people whose bones have begun to weaken.
Cervical dislocation is another serious injury that occurs when the bones of the neck are pushed out of alignment, usually by a fracture. This type of injury requires immobilization of the neck and immediate medical care (often surgery) to prevent damage to the spinal cord.

Spinal cord injury is by far the most serious of neck injuries. It usually results from a neck fracture, dislocation, or both. Spinal cord injuries in the uppermost region of the spine are generally fatal. Patients who survive usually develop paralysis of the arms and legs and may need the assistanceof a breathingmachine (respirator).

Back injuries
Tripping or falling a short distance can cause back injuries as a result of the impact itself or excessive twisting of the spine. They may simply cause temporary back pain. But older people are more likely to suffer vertebral compression fractures, nerve compression, or damage to the spinal cord. These injuries can cause extreme pain or pressure in the neck, head, or back; tingling or numbness in the arms and legs; and difficulty with walking or balance. 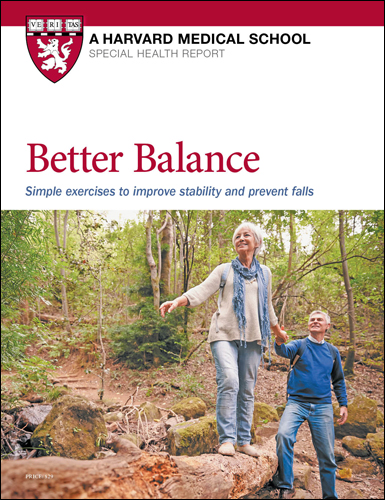 Discover how you can prevent falls by improving your balance and mobility. Better Balance: Simple exercises to improve stability and prevent falls gives you step-by-step instructions for easy, effective workouts that will improve posture, increase muscle strength and speed, sharpen reflexes, expand flexibility, and firm your core. You'll also get tips for fall-proofing your home.