Observe these caveats if you use over-the-counter drugs or dietary supplements to help you sleep. 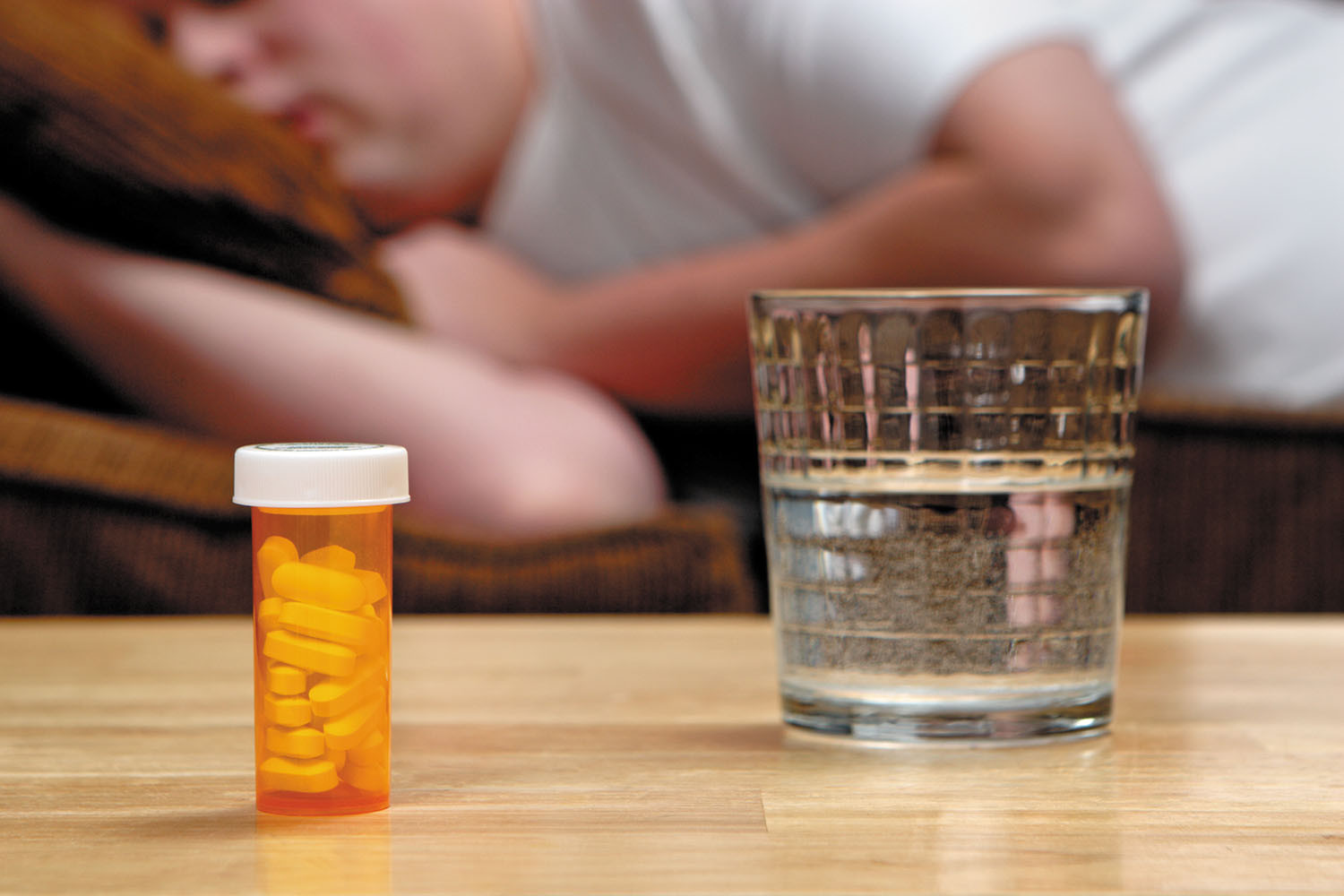 It's 2 a.m. and you can't sleep. Is it okay to take a nonprescription remedy? "They're not meant for the long term, but it may be okay for an occasional night of problems with sleep," says sleep expert Dr. Lawrence Epstein, an instructor in medicine at Harvard Medical School.

But which option should you reach for? Drugstore shelves are lined with a dizzying array of products promising a good night's sleep. They fall into two categories: nonprescription medications and dietary supplements.

Sleep medications that are available over the counter use antihistamines as their main active ingredient. Nytol, Sominex, and Unisom (the blue capsule form), for example, contain 25 to 50 milligrams (mg) of the antihistamine diphenhydramine per pill.

Other over-the-counter sleep medications, such as Unisom SleepTabs, contain 25 mg per pill of an antihistamine called doxylamine succinate.

These medications work by blocking certain brain chemicals, which can have a sedating effect. They are generally safe but come with some risks. "You tend to become tolerant of the effect relatively quickly, so they stop working for you. And we don't have a lot of long-term data about what happens if you use them for long periods of time," Dr. Epstein says. "And there is the potential that antihistamines may cause side effects in older adults, such as confusion and falls."

Another risk: some over-the-counter sleep aids contain other medications. For example, Tylenol PM contains not only 25 mg of diphenhydramine but also 500 mg of acetaminophen, a pain reliever. You might not be aware of that if you're focused only on the sleep benefits of a medication.

Many kinds of supplements claim to help you sleep. For example:

Valerian root. The root of this tall, flowering plant is said to help people fall asleep and to quell anxiety and stress. It has been used as a medicinal herb since the days of ancient Rome.

Chamomile. Use of this flower, which looks like a daisy, also goes back thousands of years. It's taken in pills as well as teas (many people drink a cup of chamomile tea at bedtime). It is considered mild and safe to help you become drowsy. But some people have an allergic reaction to chamomile (especially those who are allergic to ragweed).

Melatonin. This supplement comes from a lab, not a plant. It's a synthetic version of the human hormone that helps regulate your sleep-wake cycle. But Dr. Epstein says it's not a sleep medication. "It makes people a little sleepy, but it has a much greater effect in shifting the timing of the sleep phase," he explains.

Dr. Epstein advises taking one to three mg of melatonin two to three hours before bedtime, if you're trying to better align your sleep cycle because of jet lag or a night-shift job. He says you can take melatonin safely for the long term.

A word of caution

Even though supplements are widely taken to help people sleep, we don't actually know if they work.

"There are essentially no data on any of the herbal supplements that show effectiveness, except for a minor beneficial effect of valerian root," Dr. Epstein says.

Many supplements can have minor side effects, such as headache, dizziness, or nausea. Or they may increase the effect of alcohol or other drugs you're taking, such as other sleep medications.

Perhaps the biggest concern is that the FDA doesn't regulate supplements, so there's no way to know if a pill contains what its manufacturer claims.

What you should do

If you want to take an over-the-counter sleep drug or a dietary supplement, speak with your doctor or pharmacist to make sure it won't interact with any medications you're taking.

If you're having more than an occasional night of sleeplessness, it may be time to figure out what's causing the trouble.

"Most sleep problems can be corrected without medication," Dr. Epstein says. "But it may take many approaches. Sleep problems are often caused by many things, not just one thing that can be fixed with a pill."

Do fermented foods live up to the hype?