By the way, doctor: What causes acid reflux in the throat?

Q. I developed a hoarse voice and annoying phlegm in my throat and was surprised to learn that the cause was acid reflux. I've never had heartburn, so I don't know how this could have happened. Can you explain what causes acid reflux?

A. It sounds as though you have a condition called laryngopharyngeal reflux (LPR). This occurs when stomach contents, including acid and enzymes, back up into the esophagus and injure the tissues of the larynx (voice box) and pharynx (throat). The cause is malfunctioning of the upper and lower esophageal sphincter muscles. These muscles are supposed to keep food moving in the right direction, from mouth to stomach. The lower esophageal sphincter prevents stomach acid from moving up the esophagus. When it malfunctions, stomach acid irritates the esophageal tissue immediately above the stomach, causing symptoms such as heartburn and chest pain with swallowing. This condition is called gastroesophageal reflux (GERD).

The upper esophageal sphincter keeps stomach acid out of the pharynx and larynx. When it doesn't work properly, you can develop symptoms such as hoarseness, loss of voice, chronic cough, phlegm in the back of the throat, and a feeling that something is stuck in the throat. Although the stomach contents come in contact with the lower esophagus before reaching the throat, only about 35% of people with LPR also experience GERD. Experts don't know why. It may be that the larynx and pharynx are more sensitive to acid than the esophagus. Also, refluxed acid is more likely to pool in the larynx and pharynx, resulting in prolonged exposure. GERD symptoms are usually worst when you are lying down, while LPR often occurs when you are standing or bending over or exercising.

LPR is usually diagnosed by symptoms, although a specialist may look directly at the area with a laryngoscope for signs of swelling and inflammation. The treatment of LPR begins with changes in diet and behavior, including these:

If diet and behavior changes don't help, a medication may be prescribed — usually, treatment starts with a proton-pump inhibitor (PPI). Commonly prescribed PPIs include rabeprazole (Aciphex), esomeprazole (Nexium), lansoprazole (Prevacid), omeprazole (Prilosec), and pantoprazole (Protonix). They all work by reducing the amount of acid made in the stomach. 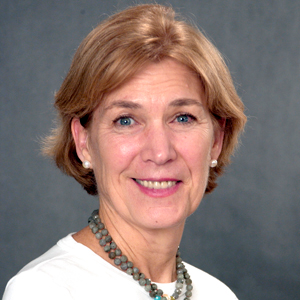