Can a smart watch diagnose a heart attack?

This technology isn't ready for prime time yet. But detecting various heart problems with a smart watch could become a reality within the decade. 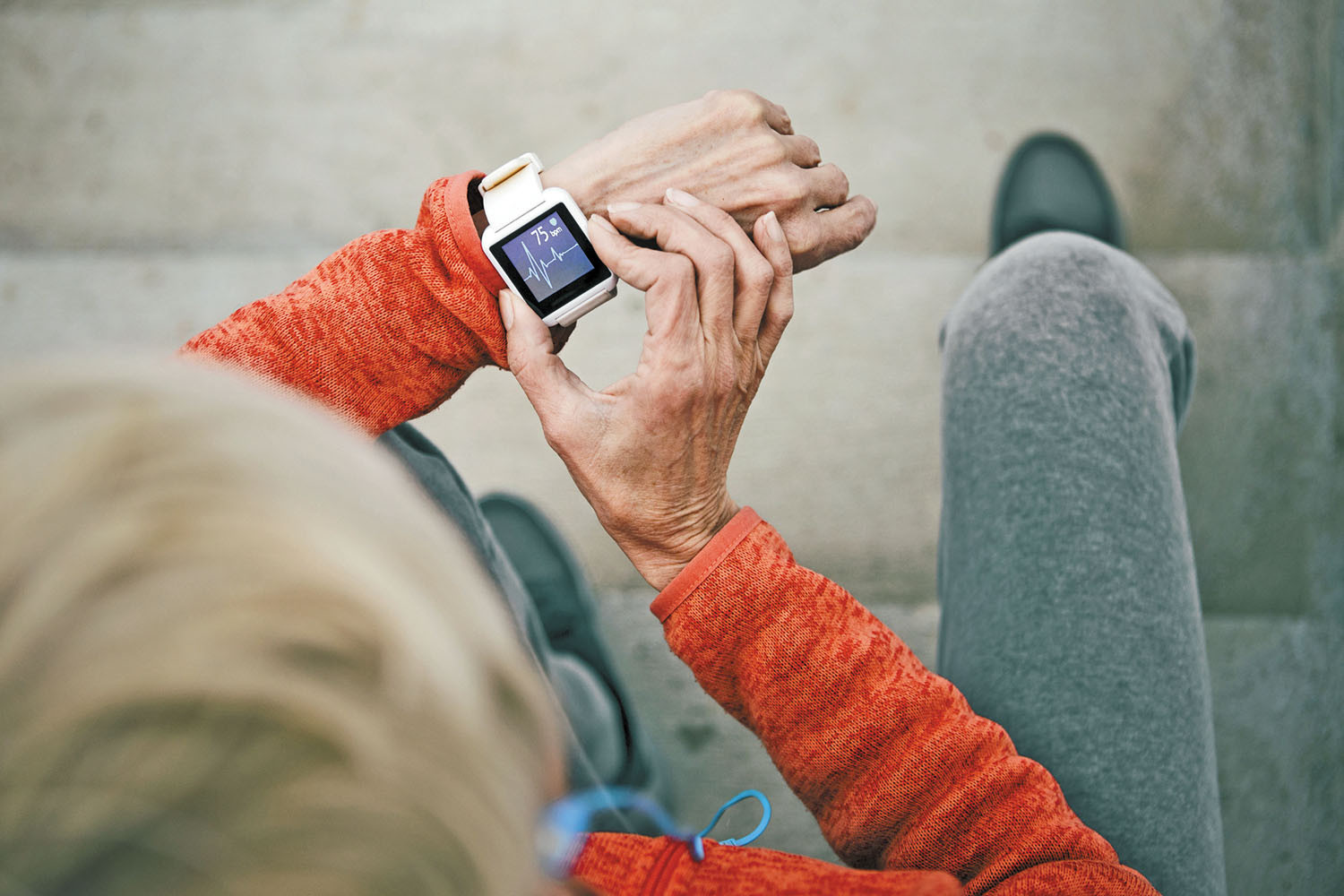 To diagnose a heart attack, doctors look for a distinctive pattern on a tracing of the heart's electrical activity, using a test known as a 12-lead electrocardiogram, or ECG. Now, a small study suggests that ECG readings taken with a smart watch may be just as accurate as a traditional ECG done in a medical setting.

While these new findings show potential, the real-world applicability is still years away. "This study is more a proof-of-principle rather than something that's clinically useful," says Harvard Medical School professor Dr. Peter Libby, a cardiologist at Harvard-affiliated Brigham and Women's Hospital.

One main reason: Obtaining an ECG with a smart watch requires carefully holding the back of the watch on the wrist and at eight specific locations on the chest and abdomen. In the study, physicians—not the study participants — placed the watch in those positions. In a few people, other health problems (including Parkinson's disease and a previous stroke) made it impossible to get a clear signal, Dr. Libby notes.

The smart watch, like other popular smartphone–linked ECG devices, can have a wavy baseline if not applied carefully. Also, even if someone with a suspected heart attack was able to capture successfully all nine ECG readings, the results would still need to be interpreted by a physician. So for now, the advice for the general public remains the same: "If you have chest pain or discomfort, don't mess around with your smart watch — call 911," says Dr. Libby.

For the study, researchers obtained both standard and smart watch ECGs on 81 people who sought care for a likely heart attack at one Italian clinic from April 2019 to January 2020. Two-thirds were men, and their average age was 61. For comparison purposes, both types of ECGs were also done on 19 healthy people.

The smart watch–generated ECGs were 93% to 95% accurate at correctly identifying and distinguishing between different types of heart attacks. Among the healthy people, the watch's accuracy was 90% for correctly noting the absence of a heart attack. The findings were published online Aug. 31, 2020, by JAMA Cardiology.

Researchers used an Apple Watch Series 4 to record the ECGs, which were then uploaded to an iPhone 11 Pro — the latest available versions of those products at the time. But as Dr. Libby points out, the innovations that enabled the first recordings of the heart's weak electrical currents date back to the early 1900s. Dutch physician Willem Einthoven was awarded the Nobel Prize in medicine for inventing the first practical ECG in 1924.

The FDA has already approved the Apple Watch's built-in ECG tool for detecting atrial fibrillation (afib), a rapid, irregular heart rhythm that raises the risk of stroke. If your watch detects this arrhythmia, your doctor can use a simple formula that takes into account your age, sex, and other health problems to estimate your risk of stroke, says Dr. Libby. If your stroke risk is high enough and you aren't at high risk for bleeding, your doctor might recommend anti-clotting medications to lower your stroke risk.

So far, however, it's not clear whether finding afib with a smartwatch app translates to better outcomes (that is, fewer strokes). Physicians also worry about being inundated with ECG tracings sent from concerned patients who get alerts about possible afib on their Apple Watches, Dr. Libby says.

As for detecting heart attacks, an editorial accompanying the new study conjures an image of a "smart watch–toting cardiologist" evaluating chest pain out in public — at a restaurant or on an airplane, for example. But home-based ECGs for patients are on the horizon, according to the article.

Dr. Libby agrees. "This is a technology with a great future. Coupling wearable devices with artificial intelligence will transform our ability to monitor and predict heart disease," he says. In this capacity, artificial intelligence would use machine learning to parse massive amounts of data from regular ECGs. The resulting algorithms may one day be able to predict atrial fibrillation, heart attacks, and heart failure, perhaps years in advance. Quality control and regulatory issues will dictate the timeline. But Dr. Libby expects these improved smart watches will be on the market in less than 10 years.