Coming off your medication can cause antidepressant withdrawal – and could set you up for a relapse of depression. 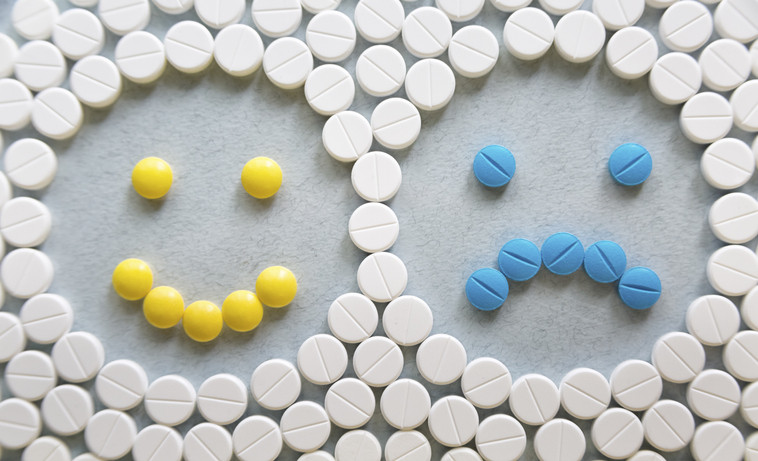 Can going off your medication cause antidepressant withdrawal symptoms (antidepressant discontinuation syndrome)? About 10% of women ages 18 and over take antidepressants. As many of us know, these medications can be a godsend when depression has robbed life of its joy and made it hard to muster the energy and concentration to complete everyday tasks. But as you begin to feel better and want to move on, how long should you keep taking the pills?

If you're doing well on antidepressants and not complaining of too many side effects, many physicians will renew the prescription indefinitely — figuring that it offers a hedge against a relapse of depression. But side effects that you may have been willing to put up with initially — sexual side effects (decreased desire and difficulty having an orgasm), headache, insomnia, drowsiness, vivid dreaming, or just not feeling like yourself — can become less acceptable over time, especially if you think you no longer need the pills.

The decision to go off antidepressants should be considered thoughtfully and made with the support of your physician or therapist to make sure you're not stopping prematurely, risking a recurrence of depression. Once you decide to quit, you and your physician should take steps to minimize or avoid the discontinuation symptoms that can occur if such medications are withdrawn too quickly.

Antidepressants work by altering the levels of neurotransmitters — chemical messengers that attach to receptors on neurons (nerve cells) throughout the body and influence their activity. Neurons eventually adapt to the current level of neurotransmitters, and symptoms that range from mild to distressing may arise if the level changes too much too fast — for example, because you've suddenly stopped taking your antidepressant. They're generally not medically dangerous but may be uncomfortable.

Having discontinuation symptoms doesn't mean you're addicted to your antidepressant. A person who is addicted craves the drug and often needs increasingly higher doses. Few people who take antidepressants develop a craving or feel a need to increase the dose. (Sometimes an SSRI will stop working — a phenomenon called "Prozac poop-out" — which may necessitate increasing the dose or adding another drug.)

Neurotransmitters act throughout the body, and you may experience physical as well as mental effects when you stop taking antidepressants or lower the dose too fast. Common complaints include the following:

As dire as some of these symptoms may sound, you shouldn't let them discourage you if you want to go off your antidepressant. Many of the symptoms of SSRI discontinuation syndrome can be minimized or prevented by gradually lowering, or tapering, the dose over weeks to months, sometimes substituting longer-acting drugs such as fluoxetine (Prozac) for shorter-acting medications. The antidepressants most likely to cause troublesome symptoms are those that have a short half-life — that is, they break down and leave the body quickly. (See the chart "Antidepressant drugs and their half-lives.") Examples include venlafaxine (Effexor), sertraline (Zoloft), paroxetine (Paxil), and citalopram (Celexa). Extended-release versions of these drugs enter the body more slowly but leave it just as fast. Antidepressants with a longer half-life, chiefly fluoxetine, cause fewer problems on discontinuation.

Besides easing the transition, tapering the dose decreases the risk that depression will recur. In a Harvard Medical School study, nearly 400 patients (two-thirds of them women) were followed for more than a year after they stopped taking antidepressants prescribed for mood and anxiety disorders. Participants who discontinued rapidly (over one to seven days) were more likely to relapse within a few months than those who reduced the dose gradually over two or more weeks.

How to go off antidepressants

If you're thinking about stopping antidepressants, you should go step-by-step, and consider the following:

Take your time. You may be tempted to stop taking antidepressants as soon as your symptoms ease, but depression can return if you quit too soon. Clinicians generally recommend staying on the medication for six to nine months before considering going off antidepressants. If you've had three or more recurrences of depression, make that at least two years.

Talk to your clinician about the benefits and risks of antidepressants in your particular situation, and work with her or him in deciding whether (and when) to stop using them. Before discontinuing, you should feel confident that you're functioning well, that your life circumstances are stable, and that you can cope with any negative thoughts that might emerge. Don't try to quit while you're under stress or undergoing a significant change in your life, such as a new job or an illness.

Make a plan. Going off an antidepressant usually involves reducing your dose in increments, allowing two to six weeks between dose reductions. Your clinician can instruct you in tapering your dose and prescribe the appropriate dosage pills for making the change. The schedule will depend on which antidepressant you're taking, how long you've been on it, your current dose, and any symptoms you had during previous medication changes. It's also a good idea to keep a "mood calendar" on which you record your mood (on a scale of one to 10) on a daily basis.

Stay active. Bolster your internal resources with good nutrition, stress-reduction techniques, regular sleep — and especially physical activity. Exercise has a powerful antidepressant effect. It's been shown that people are far less likely to relapse after recovering from depression if they exercise three times a week or more. Exercise makes serotonin more available for binding to receptor sites on nerve cells, so it can compensate for changes in serotonin levels as you taper off SSRIs and other medications that target the serotonin system.

Seek support. Stay in touch with your clinician as you go through the process. Let her or him know about any physical or emotional symptoms that could be related to discontinuation. If the symptoms are mild, you'll probably be reassured that they're just temporary, the result of the medication clearing your system. (A short course of a non-antidepressant medication such as an antihistamine, anti-anxiety medication, or sleeping aid can sometimes ease these symptoms.) If symptoms are severe, you might need to go back to a previous dose and reduce the levels more slowly. If you're taking an SSRI with a short half-life, switching to a longer-acting drug, like fluoxetine, may help.

You may want to involve a relative or close friend in your planning. If people around you realize that you're discontinuing antidepressants and may occasionally be irritable or tearful, they'll be less likely to take it personally. A close friend or family member may also be able to recognize signs of recurring depression that you might not perceive.

Complete the taper. By the time you stop taking the medication, your dose will be tiny. (You may already have been cutting your pills in half or using a liquid formula to achieve progressively smaller doses.) Some psychiatrists prescribe a single 20-milligram tablet of fluoxetine the day after the last dose of a shorter-acting antidepressant in order to ease its final washout from the body, although this approach hasn't been tested in a clinical trial.

Check in with your clinician one month after you've stopped the medication altogether. At this follow-up appointment, she or he will check to make sure discontinuation symptoms have eased and there are no signs of returning depression. Ongoing monthly check-ins may be advised.