Be alert to an increasingly common threat: tick-borne illnesses

Lyme disease isn't the only cause for concern. 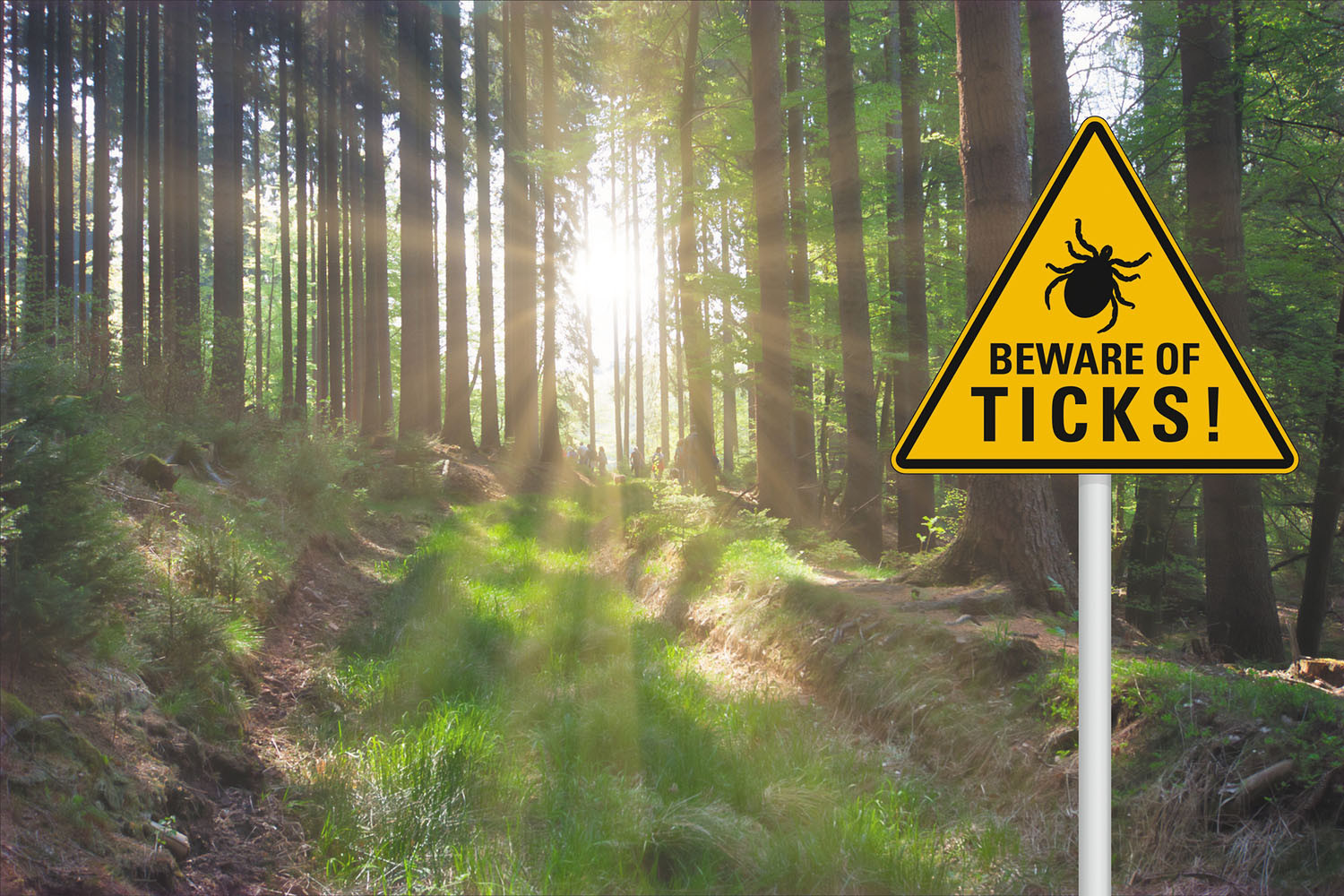 They may be as small as a poppy seed, but ticks are an increasingly large health risk for many Americans, especially in the warmer months.

Decades ago, it was thought that unless you lived in a Lyme disease hot spot, like Connecticut, that you didn't have to give too much thought to ticks and the illnesses they carry. However, that has not been the case for some time. In fact, tick-borne illnesses doubled in the United States between 2014 and 2016, according to the CDC.

While Lyme disease is by far the most common of these tick-borne illnesses, diagnosed in some 30,000 Americans every year (but likely affects 10 times that figure because of underreporting), there are others that are growing in prevalence, says Dr. Jonathan Edlow, professor of emergency medicine at Harvard Medical School. "Because ticks can be infected by multiple different pathogens, some people may have two or even three of these diseases at the same time, transmitted by the same tick bite," he says. And because ticks are so small, people might be infected and not even know they got a tick bite in the first place. Less than a third of patients with Lyme disease recall a tick bite.

So, if you're going to be outside this summer, it pays to be vigilant.

Lyme disease is the best known of the tick-borne illnesses. While it affects thousands of people every year, it's still mostly isolated to certain geographical locations. "It's extremely common in some states and not in others," says Dr. Edlow.

But while Lyme disease is the most common, there are other tick-borne conditions that people should also watch for these days, says Dr. Edlow.

One is babesiosis, which is caused by a malaria-like parasite called Babesia microti. Anaplasmosis is another. Both of these diseases are transmitted by the same tick as Lyme disease and share the same geographic range. Other tick-borne illnesses are Rocky Mountain spotted fever, tularemia, and Colorado tick fever. "Most are caused by bacteria, some by viruses or parasites," says Dr. Edlow.

People with Lyme disease often notice a large, flat red rash, sometimes in the shape of a bull's-eye or target, at the site of the tick bite. However, many patients do not have the classic bull's-eye appearance. They may feel sick, with a fever, headache, or joint pains. If the diagnosis is not made and the disease is not treated, the condition can lead to other problems, including multiple areas of rash on the skin, neurological symptoms, and conditions including Bell's palsy, meningitis, back pain, or sciatica. It can also lead to heart problems, such as an abnormally low heartbeat, inflammation around the heart (pericarditis), and other less common conditions, he says. Patients with Lyme usually have no fever or a low-grade fever. If you spike a higher fever following a tick bite, suspect babesiosis or anaplasmosis, which are also accompanied by chills, a headache, and fatigue.

Today more doctors are aware of the condition and more likely to spot it, says Dr. Edlow. But misdiagnosis still occurs, he says. It can be challenging for doctors to diagnose tick-borne diseases, because they often mimic other conditions and the symptoms are nonspecific. One clue that you may be experiencing a tick-borne illness is that the symptoms typically aren't accompanied by respiratory or gastrointestinal symptoms, unlike many viral conditions such as influenza or gastroenteritis. In addition, tick-borne illnesses are most common during the summer, when influenza is less common.

Nonviral tick-borne illnesses are typically treated with antibiotics. But the best strategy is prevention. Ideally, if you are going into an area where you may encounter ticks, you should tuck your pant legs into your socks and your shirt into your pants. Here are some other strategies:

Clean up your yard. Practice landscape control by mowing the grass often, and clearing leaves, litter, and overgrown areas to make your outdoor space less hospitable for mice or other animals that can carry ticks, or the ticks themselves.

Use bug spray. Adults should choose an insect repellent containing DEET on the skin and permethrin on clothing to reduce the likelihood of tick bites.

Check your skin. Survey your skin after spending time outdoors. Finding a tick and removing it early can prevent it from spreading infection, particularly when it comes to Lyme disease. Ticks must typically be attached for 24 to 48 hours to transmit the infection.