What’s the relationship between diabetes and dementia? 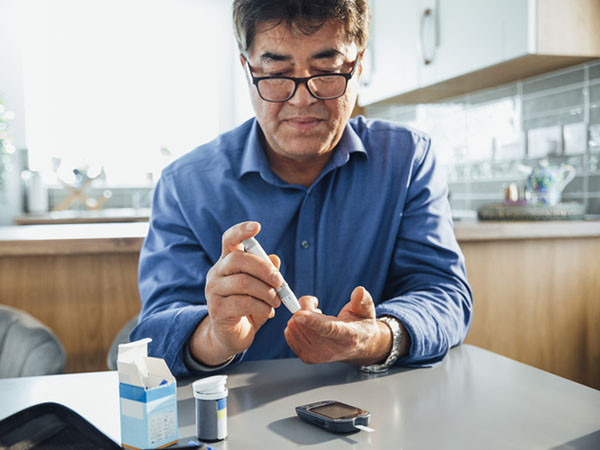 Due to increasing rates of obesity, inactivity, and an aging population, type 2 diabetes is more prevalent in our society than ever before. In high-income countries, death from diabetes dropped from 2000 to 2010, but then increased from 2010 to 2016 — leading to an overall 5% increase in premature deaths since 2000. Particularly troubling is that type 2 diabetes is now being seen frequently in children, due to their obesity and inactivity.

The long-term effects of diabetes on dementia

How diabetes can lead to dementia

There are multiple reasons why years of type 2 diabetes may lead to dementia. One reason is related to the effects that diabetes has on the heart, as heart health is related to brain health. Heart disease and elevated blood pressure are both associated with strokes that, in turn, can lead to dementia. However, strokes do not appear to be the complete answer, as some studies found that diabetes led to an increased risk of dementia even when strokes were controlled for.

Another factor relates to the episodes of hypoglycemia that commonly occur in diabetes. Although tight control of blood sugars has been proven to reduce the long-term risks of heart disease and strokes, tight control can also lead to hypoglycemia, memory loss, and dementia. Here, the reason is likely because low blood sugars are known to damage the hippocampus — the memory center of the brain.

Reduce your risk of diabetes and dementia

The good news is that you can reduce your risk of type 2 diabetes — and your risk of dementia. Speak with your doctor today about whether the following lifestyle modifications would be right for you. Note that these life changes are helpful even if you have a diagnosis of diabetes or prediabetes.

Lastly, social activities, a positive attitude, learning new things, and music can all help your brain work at its best and reduce your risk of dementia. 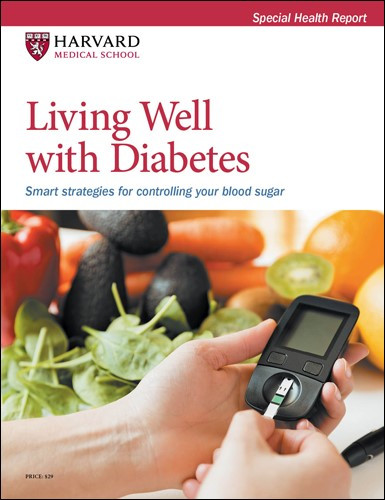 Living Well with Diabetes helps you better understand and manage your diabetes. It includes detailed, updated information about medications and alternative treatments for diabetes, and a special section on weight-loss strategies. You’ll also learn the basics of how your body metabolizes sugar, how and when to monitor your blood sugar, and how to cope with both short- and long-term complications of the disease. Most importantly, you’ll see that it’s not just possible to live with diabetes — it’s possible to live well.