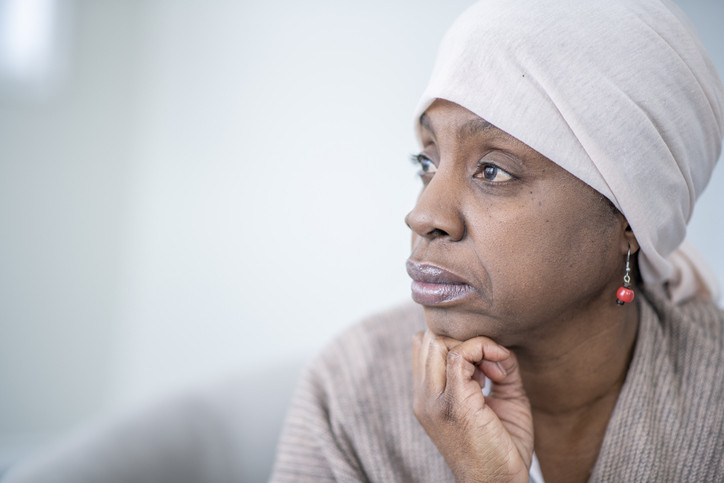 My first exposure to kidney disease and its impact on communities of color occurred when I was in high school. An elderly neighbor, who was like a grandfather to me, had been diagnosed with kidney failure. At about the same time, my older first cousin, who had children about my age, was starting dialysis due to kidney failure attributed to hypertension. She would go on to get a kidney transplant. If you ask any African American, he or she is likely to have at least one relative with kidney disease requiring dialysis or transplantation.

Nephrologists had noted anecdotally the striking disparities in rates of kidney disease in African Americans relative to white patients, but it was not widely reported in the medical literature until 1982, when a report titled “Racial Differences in the Incidence of Treatment for End-Stage Renal Disease” was published in the New England Journal of Medicine. The authors found that in Jefferson County, Alabama, the risk of end-stage renal disease due to hypertension was approximately 18 times greater for African Americans relative to whites.

Genetics and biology play only minor role in excess risk

A game-changer in terms of understanding some of the excess risk for kidney disease in African Americans relative to other racial and ethnic groups came in 2010, with the publication of reports showing that variants in the APOL1 gene could confer additional risk. Inheriting two copies of the APOL1 risk alleles carries a significantly higher risk of kidney disease. HIV-positive African Americans with two copies of the risk allele are essentially the only people who develop kidney disease associated with HIV infection. African Americans who develop COVID-19 and carry two of these risk alleles also appear to be at higher risk of acute kidney injury related to the coronavirus infection.

Social determinants of health, race, and racism are key to health disparities in African Americans

Kidney disease is not unique in having a clear difference among ethnic groups with respect to risks and outcomes. The same can be said for many chronic diseases including diabetes, heart failure, peripheral arterial disease, asthma, and cancer, as well as for pregnancy. Maternal and fetal outcomes are known to be worse for African American women and infants compared to their white counterparts, even after accounting for education and income.

These disparate health outcomes are indelibly linked to decades of social and economic injustice rooted in racism, the legacy of Jim Crow segregation laws, unfair housing laws, the redlining of communities of color, separate and unequal education systems, environmental racism, an unfair criminal justice system — and the list goes on.

In her presentation for Harvard Medical School’s webinar series, “Addressing Health Disparities: Clinical Insights on Race and Social Justice,” the Reverend Traci Blackmon, a former nurse and nationally known social justice advocate, described divides found in major cities across the United States, in which African Americans live in neighborhoods that are food deserts with depressed home values, few jobs, and inferior schools. These divides result from governmental policies and societal choices. In order to move the needle on disparities in kidney disease outcomes, it is not enough solely to understand the genetics and the biology of the condition. The societal and institutional barriers that have been erected to benefit one group of individuals over another must be torn down.

Access and advocacy will help, but systemic change is needed to meaningfully improve outcomes

As an additional step to improve outcomes of people of color with kidney disease, individuals with kidney disease should receive timely referrals for specialty care. Those from under-resourced communities are less likely to see a nephrologist prior to starting dialysis, and are therefore also more likely to have poorer outcomes on dialysis. Furthermore, they are less likely to have been evaluated and listed for kidney transplantation prior to starting dialysis. Patients with kidney disease should be empowered to understand the stage of their kidney disease by knowing their eGFR (a way of measuring the kidney’s filtering function), to advocate for themselves for referral to a nephrologist, and to advocate for themselves for referral for kidney transplantation.

It will take patients, families, clinicians, and community health advocates working cooperatively to eliminate disparities in rates of kidney disease and its outcomes.

thank you. I have benefited a lot from this content.

Dr. Tucker, Thank you for referring to my paper. It turned out to be more influential than I ever expected. The Gottschalk Commission report of 1967 giving the results of the 10-year feasibility study assessing the feasibility of performing hemodialysis for end-stage kidney disease was based on a population that was 95% male and 95% White were not discovered to be at much greater risk for the problem until after the government agreed to underwrite the cost of treatment in 1973. Yet another example of discrimination in research design.

Dr. Rostand, your comments as the senior author of that NEJM paper are so insightful. Thank you for your leadership and scholarship on this topic.