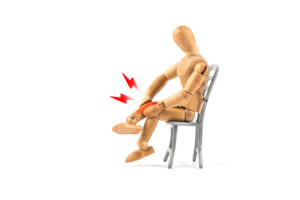 Imagine experiencing burning, tingling, and numbness in your legs day in and day out, getting worse over time — and your doctors can’t find a reason for it.

That’s the situation for millions of people who suffer from idiopathic sensory polyneuropathy. The term “idiopathic” means that no cause can be identified; “sensory” refers to the type of nerve, in this case those carrying nerve signals such as pain or temperature; “poly” means “many” and “neuropathy” means nerve disease. So, this is a condition of unknown cause that damages multiple nerves; the most affected nerves tend to be those that provide sensation to the legs and feet.

No cause, no cure

Regardless of which name is used, the condition is frustrating, annoying, and sometimes debilitating. And without an identifiable and reversible cause, there is no cure. While a number of medications are commonly prescribed, it’s not clear which is most effective or safest. So, doctors generally recommend a period of trial and error. One medication after another is prescribed, until one is found that is effective and doesn’t cause intolerable side effects.

Unfortunately, it can take many months or even longer to find a treatment that works. Doctors have little guidance to know which ones to start with. That’s why research comparing treatment options is so important — and yet, precious little comparative research on treatments for idiopathic sensory polyneuropathy has been published.

Researchers publishing in JAMA Neurology describe the results of a unique trial in which 402 people with idiopathic sensory polyneuropathy were randomly assigned to one of four medications: duloxetine, mexiletine, nortriptyline, or pregabalin. After 12 weeks, each person rated their neuropathy symptoms on a scale from 1 to 10, noted any side effects, and reported whether they had quit taking the medication due to side effects, cost, or some other reason.

Though the trial is important and much needed, the results were disappointing.

This trial had a number of important limitations:

Direct comparisons of treatments for idiopathic sensory polyneuropathy — which many simply call neuropathy — are sorely needed, so this trial is important. Yet, the biggest take-home message of this research is that many current treatments aren’t very good.

Overall, nortriptyline and duloxetine appeared to outperform the other drugs in this trial, so they would be good choices to start with rather than pregabalin and mexiletine. But when the best treatments work well for only a quarter or less of patients, and nearly half quit treatment in the first 12 weeks, it’s clear that better, safer, and less expensive treatments are needed.

Perhaps we already have better treatments that weren’t part of this trial. We’ll need additional comparative research to know for sure.