The risk is low, but one you should discuss with your doctor. 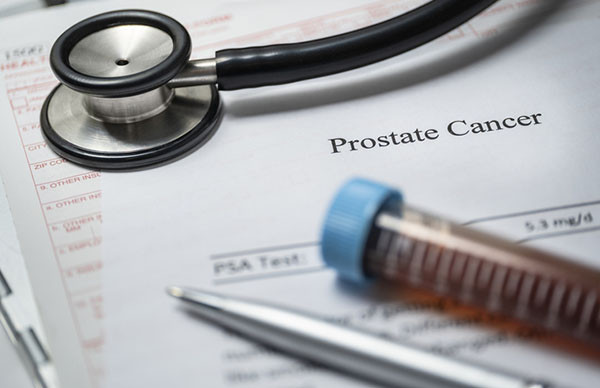 A standard treatment for localized prostate cancer — meaning cancer that is confined to the prostate gland — is to kill or shrink tumors with radiation. The long-term outcomes for most men treated this way are excellent. But as with other cancer treatments, radiation involves a certain amount of risk, including the possibility that it might cause secondary cancers to form in the body later.

Secondary cancers are defined by whether they meet certain criteria:

Investigators reviewed data from 143,886 men who were treated for localized prostate cancer at Veterans Affairs medical facilities between 2000 and 2015. The men ranged from 60 to 71 years in age, and came from diverse racial and ethnic backgrounds. Among them, 52,886 were treated with radiation within a year of being diagnosed. The other 91,000 men opted either for surgery over a similar time frame, or chose to have their cancers monitored and treated only when — or if — routine exams showed signs of progression.

After a median follow-up of nine years, 3% of the radiation-treated men had developed secondary cancers, compared to 2.5% of the men who chose other options. The four most common cancers — in the order of how frequently they were detected — were bladder cancer, leukemia, lymphoma, and rectal cancer. The risk of developing these secondary cancers increased steadily with time, peaking five to six years after radiation treatment was finished.

Dr. Oliver Sartor, an oncologist at Tulane University School of Medicine in New Orleans who was not involved in the study, says the potential for secondary cancers is an important issue that men should discuss with their doctors when evaluating treatment options.

Unfortunately, doctors have only limited ability to predict which radiation-treated men are at greatest risk of secondary cancers. Smoking is a major risk for bladder cancer, "so men who smoke while undergoing radiation have yet another reason to quit," Dr. Sartor says. Men with inherited risks for Lynch syndrome (a type of colorectal cancer) also face higher risks from radiation. These men have gene mutations that make it harder for their cells to repair DNA damage.

Noting that Dr. Sartor makes excellent and actionable points, Dr. Marc Garnick, the Gorman Brothers Professor of Medicine at Harvard Medical School and Beth Israel Deaconess Medical Center, and editor of the Harvard Health Publishing Annual Report on Prostate Diseases, agrees that patients considering radiation should be informed that the treatment puts them at a small but real lifetime risk of secondary cancers, especially of the rectum and bladder, which can show up years after completing radiation therapy.

Dr. Garnick says he is reluctant to consider radiation for men with a history of inflammatory bowel diseases such as ulcerative colitis, who are also at greater risk of developing abdominal cancers. He also advises older men who were treated with radiation for prostate cancer to consult with their doctors before they stop routine colorectal screening.