Over 35 and expecting: Is it safer to give birth “early”? 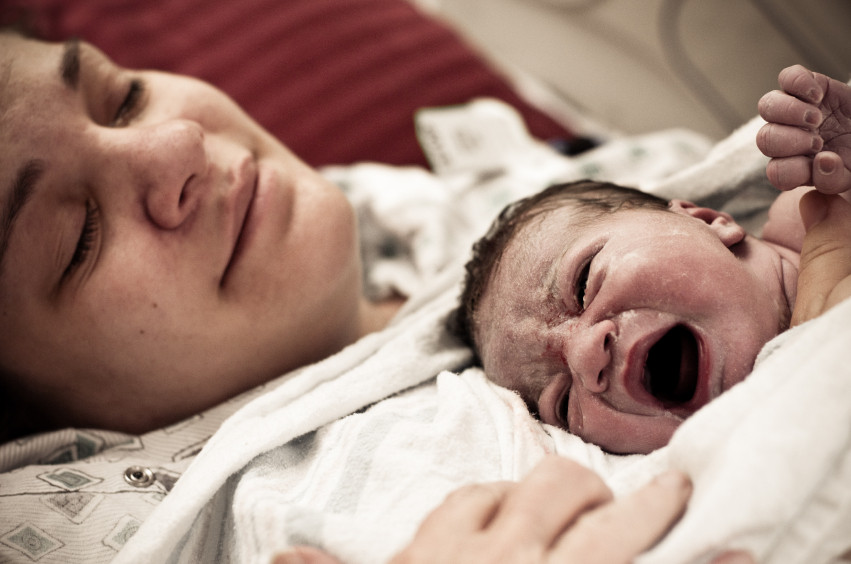 Having a baby when you’re “older” can have some advantages—women may feel more secure with themselves, their relationships, or their careers. However, expectant moms 35 and older—and their babies—do face some increased pregnancy-related health risks.

Probably the most dreaded is a stillbirth.

Most often, the factor responsible for stillbirth occurs before labor. Some of the reasons a baby might die before birth include problems with the placenta, and women over 35 face increased risk for these complications. That’s why it isn’t unusual for doctors to recommend inducing labor a little early, usually about a week before the due date. For younger women, we often wait at least a week past the due date before helping labor along if it hasn’t started on its own. While there has been no conclusive proof that inducing labor prevents stillbirth, we worry so much about this potential loss that we want to do what we reasonably can to prevent it. And one of those things is not waiting too long for labor to start on its own.

So why is inducing labor a big deal? One concern is that it may increase the chance that the delivery will end up as a cesarean. However, a British study recently published in the New England Journal of Medicine showed, surprisingly (at least to me), that there was no difference in cesarean delivery rates when women over 35 who were having their first baby were induced in the week leading up to delivery.

According to Neil Shah, M.D., an obstetrician and an expert in interventions that improve the safety, affordability, and experience of patient care, “The motivation for inducing labor is that women over 35 may be at slightly higher risk of stillbirth compared to younger women. Nonetheless, the NEJM study was not designed to measure the benefit of preventing stillbirth, it was only designed to measure the potential harm of an avoidable cesarean. Ultimately, no difference in cesarean rates were seen (and no difference in still births were seen either). A pregnant woman can’t conclude much from this. In the United States, a larger study is currently underway that might better measure the tradeoffs of inducing labor. By enrolling more patients, they may be able to better parse important differences among pregnant women, since all women above age 35 cannot be painted with the same broad brush.”

One thing the study did not address was the favorability of the cervix – how dilated, softened, or thinned out it was. This “cervical ripeness” can influence how long a woman is in labor during an induction – the “riper” the cervix, the shorter the labor. For many of my patients, the amount of time spent in the hospital influences their decision to choose induction over waiting for natural labor. A long induction can mean being stuck in the hospital for days, which is time that would normally be spent at home. Since having a baby is not a completely medical event, many women want to avoid a long hospitalization and much prefer nature to take its course.

I polled a few of the obstetricians in my department to see if the study would influence their counseling. Dr. Toni Golen, M.D., Director of Labor and Delivery at Beth Israel Deaconess Medical Center, said, “For my patients, knowing the likelihood of cesarean delivery compared to the risk of stillbirth when undergoing induction is important. The best advice I can offer patients in this area should take into account their cervical exam when the induction begins.”

It is important for women and their doctors to talk about their own personal risks, as well as their preferences and options, since induced labor and spontaneous labor are not equivalent birth experiences.