How to feel better about yourself if you are depressed 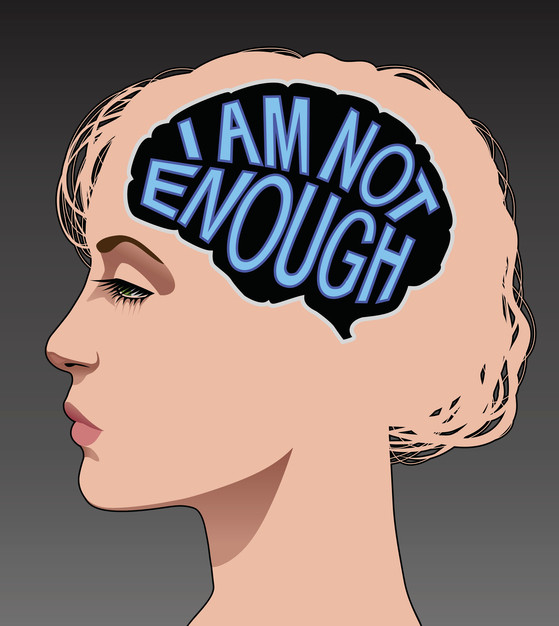 Today is National Depression Screening Day. If you are experiencing symptoms of depression, you should know that there are effective treatments and help is available.

When you are depressed, your self-esteem wanes and you may start to dislike yourself. People with depression often think of themselves as “worthless, incapable of any achievement, and morally despicable.” Why do people who are depressed have this negative self-appraisal? And what could be happening in their brains?

The study: In 2017, researcher and psychiatrist Christopher Davey and his colleagues compared the brain blood flow of 86 unmedicated depressed patients with that of 95 healthy control participants using a type of magnetic resonance imaging (MRI) called functional MRI. Depressed patients were in the early stages of their illness, but, as is often the case, two-thirds of them had an anxiety disorder as well.

The tasks: The researchers asked participants to lie in an MRI machine, and then gave them several tasks to complete while they imaged their brain blood flow. The first task involved self-appraisal. During this task, participants had to indicate whether a certain descriptor fit them or not by pressing a left or right button that corresponded with “yes” or “no.”

Then, they were asked whether words had four or more vowels (a task to test external attention). As you can imagine, this does not require internal attention like the self-reflection task did. The answers are in the words themselves.

As they answered these questions, the researchers documented whether the connections between different brain regions were affected.

What did we learn about people who are depressed?

There were no differences in reaction times to the self-descriptors in the depressed and control groups, and they were similarly accurate about the vowel test too. However, depressed participants said that the negative adjectives described them far more often than the control subjects, and more often than not, the adjectives indicated that they did not like themselves.

Choosing a self-descriptor means that you have to match the word with an impression that you already have of yourself. This matching process involves brain regions at the front and back of the brain. Like a well-coordinated rowing team, these different regions in the brain must be flexible and coordinated so that this matching can occur. In the case of self-appraisal, activation at the front of the brain (the medial prefrontal cortex) often moderates activation at the back of the brain (posterior cingulate cortex.)

As researchers had expected, when depressed patients reflected on themselves, the brain’s front and back rowing teams were not coordinated. When the brain region at the back of the brain was activated by a self-descriptor, the front region overreacted when trying to control it. The greater the overreaction, the worse depressed people felt about themselves compared to control subjects.

But that was not all. The assessment itself was also less stable. As a result, the brain had to work harder to establish some order too. (No wonder depressed people are often fatigued!) Although it was not entirely clear what specific aspect of depression was associated with this brain overreaction, the researchers found that it was highly likely that difficulty concentrating, and a sense of inner tension, were both affected in concert with these brain changes.

What can you do?

If you’re depressed, know that the unstable connection between the front and back regions of your brain is making you dislike yourself and disturbing your emotional control. Your brain has lost its flexibility and accuracy.

That’s why a relatively new treatment called self-system therapy (SST) has been shown to be so effective for depression. With this therapy, people who are depressed can achieve better control of their emotions. They learn to counteract their negative self-impressions. Unlike cognitive therapy, which focuses on reframing these negative ideas, SST doesn’t focus on these negative ideas at all. Instead, it helps patients feel better by teaching them to focus on making good things happen by pursuing “promotion” goals that involve advancement, growth, and achievement. In fact, it is far more effective than cognitive therapy.

So, being aware that your brain distorts your self-impression in the first step in this therapy. Once you understand this, you can learn how to switch your attention to positive goals so that you can feel better about yourself again.

If you are depressed, look up SST or ask your healthcare provider about it. It may help restore emotional control and help you feel less depressed again.

This is interesting and raises questions as to variations in the effectiveness of words and treatments on a different personality types and how they best learn. In philosophy the only true learning is self learning. A person must connect what he has learned to himself at some stage so that can figure out what is going on otherwise the person is continually required to be lead without appreciating the benefit. For example I personally am motivated by wisdom but others may be by self affirmation statements and yet others by psychology, others by example eg. AA meetings. This drill down into how people best learn may be helpful in resolving the front and back of the brain interactions?

Interesting topic. I believe depression in many cases are symptoms from either trauma (divorce, death in family, bullying, life threating situations etc.) or lack of sleep (stress related, trauma) or loneliness. There are many reasons to depressions and one need to find/fokus on these causes to treat depression. Treatment then is talk therapy (psychologist), new friends, another job etc.

One need to feel good about oneself. Its complicated and individually what causes depression so treatment needs to be individual. Do you e.g. have acne then it might make one feel bad about himself (self confidence) and its a bad circle (castorolie.dk describes different documented treatment). It’s all about finding the causes to ones problems. E.g. ricinusoil might be a good laxative but if the cause to stomach problems are the lack of drinking water then oil for skin or stomach won’t be any proper treatment.

Sounds like another set of instructions which you acknowledge but it doesn’ t mean that it will actually work, have you done a study comparing this therapy with the cognitive one and the results indicated that this has significantly better results?
The brain distorsion may be an effect of perciving reality in a different way due to a trauma or other vulnerability.

A rocky childhood could be bad for your heart