Memory and thinking skills may improve with regular crossword practice. 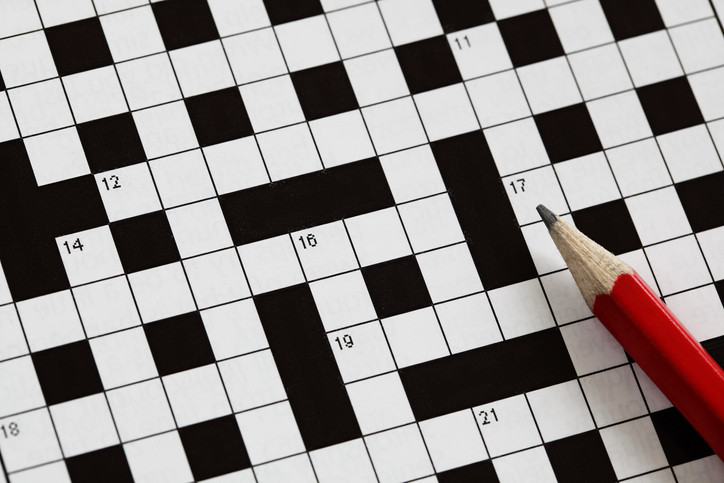 A study published in NEJM Evidence found that people with mild memory problems who did web-based crossword puzzles showed improvement in cognition and experienced less brain shrinkage, compared to those who played web-based cognitive games.

Is this result for real? Can doing crossword puzzles really make you sharper and keep your brain from shrinking? Let’s dive into this study to understand the results and see how you can apply them to your life.

Will doing crossword puzzles help everyone?

The participants in this 18-month study were between 62 and 80 years of age. All had mild cognitive impairment, which means that their thinking and memory were impaired compared to healthy older adults. Twenty-five percent identified as Black or Latino, and thus — at least regarding race and ethnicity — the results are likely generalizable to the population of the US. Those who took part in the study were highly educated, with most participants having a college education.

Will doing crossword puzzles regularly be helpful for you if your thinking and memory are normal? My best guess is that it will, but we don’t know for sure. The authors of the study point out that crossword puzzles are typically used as a control condition against which other interventions are measured. Future studies in healthy older adults will need to be conducted with crossword puzzles as the intervention to gather more evidence.

How much did crossword puzzles benefit thinking and memory?

Compared to their baseline performance on a 70-point scale, crossword puzzles improved participants’ cognition by about one point at the 12-week timepoint, and by about half a point at the 78-week timepoint. That may not sound like much, but the FDA approval for drugs that improve thinking and memory in people with Alzheimer’s disease (cholinesterase inhibitors) was based on a two-point difference on this scale. In fact, 37% of those doing crossword puzzles did show at least a two-point improvement. This means that crossword puzzles can improve thinking and memory almost as much as an FDA-approved memory-enhancing medication.

The other thing to keep in mind is that about half of people with mild cognitive impairment show declines in thinking and memory over time. So, to be showing an improvement in cognition at both 12 and 78 weeks is quite impressive.

In individuals with mild cognitive impairment and in those aging normally, the brain tends to shrink. So, the question to ask about brain volume is whether an intervention like medication or crossword puzzles can slow the shrinkage. Two common structures evaluated in this context are the size of the hippocampus, which remembers the episodes of your life, and the thickness of the cortex, which is where your thinking occurs. When compared to playing online cognitive games, working on online crossword puzzles resulted in between 0.5% and 1% less shrinkage in both the hippocampus and the cortex over the course of the 18-month study. This is an impressive difference.

How many crossword puzzles should you be doing?

Why are crossword puzzles beneficial?

There are several reasons why working on crossword puzzles in daily life could improve your thinking and memory, and even slow the shrinking of your brain.

So, what are you waiting for? Pick up that crossword puzzle today, and start improving your cognitive and brain health!