Eosinophilic esophagitis: A new food-related allergic condition on the rise? 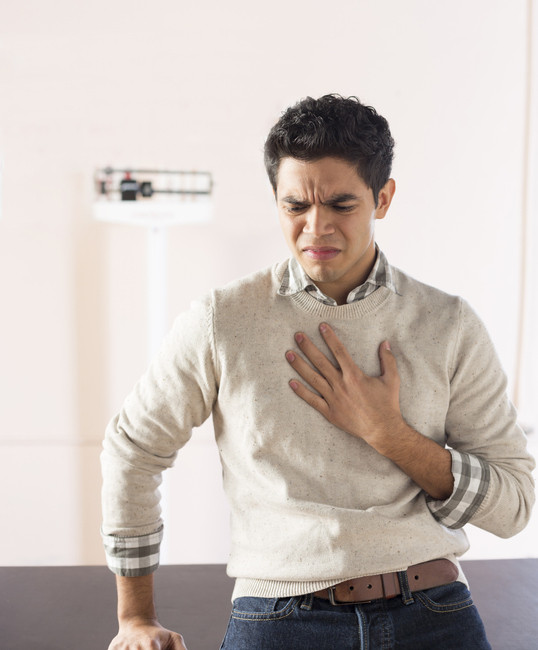 In the early 1990s, doctors began describing a new condition affecting the esophagus of patients who were predisposed to allergies including food allergy, asthma, and eczema, and who were having trouble swallowing. Today, we call this condition eosinophilic esophagitis (EoE).

EoE is an allergic inflammation of the esophagus that causes a range of symptoms. Adolescents and adults most often experience it as difficulty swallowing, sometimes feeling like food moves too slowly through the esophagus and into the stomach. In some cases, food actually gets stuck (and may require urgent removal). Children and some adults primarily experience reflux symptoms and abdominal pain rather than difficulty swallowing.

In most cases, EoE develops as an allergic response to certain foods including wheat, milk, egg, soy, nuts, and seafood. If it is not properly diagnosed and treated, EoE may lead to permanent scarring or strictures (narrowing of the esophagus).

How is EoE diagnosed?

When EoE is suspected, generally the first test is an upper endoscopy, in which a flexible tube with a small camera and a light on one end is used examine the esophagus. The endoscopy usually reveals characteristic features of EoE, such as concentric rings and linear furrows or vertical lines, as well as small white spots or plaques.

The diagnosis is confirmed if biopsies from the esophagus reveal the hallmark increase in eosinophils. Eosinophils are a relatively rare type of immune cell that play a prominent role in allergic disorders including EoE and asthma.

How common is EoE?

EoE can affect both men and woman of any age, but it appears to be most common in men in their 30s and 40s. It is currently estimated that EoE may affect up to one in 2,000 adults in the US, and evidence suggests that the numbers have been growing. A recent review of nearly 30 studies in Europe and North America found that there has been a progressive increase in the number of new EoE cases, especially since the early 2000s.

The rise in EoE cases may be partly due to greater awareness of the condition and more widespread use of endoscopy. But a number of studies have confirmed a true rise in the incidence of the disease.

The exact reasons for the rise of EoE are unknown, and it is especially puzzling that in many cases EoE results from an allergic sensitivity to a food that has been well tolerated up to that point.

There are several hypotheses about why EoE is increasing. Many of them relate back to the idea that EoE, and other allergic and autoimmune diseases, seem to correlate with decreased exposure to microbes and infections. Possible explanations that have been explored include:

How is EoE treated?

There are currently no FDA-approved treatments for EoE. Most people are initially treated with a proton-pump inhibitor (PPI) antacid, which resolves EoE in up to half of cases. If this does not work, either a mild topical steroid or identification and elimination of specific dietary triggers is attempted.

When steroids are used to treat EoE, these are generally in a liquid formulation that is swallowed, rather than inhaled as they would be for asthma. Swallowed steroids act locally on the esophagus and are minimally absorbed through the gastrointestinal tract. Although steroids for EoE are generally safe and effective, they do not lead to a long-term cure because the disease tends to come back as long as patients continue to eat foods that trigger the underlying allergic response.

Patients may also opt to identify their food trigger and eliminate it from the diet, and this represents a more definitive treatment approach. Unfortunately, currently available allergy testing does not accurately predict the foods that cause EoE. Trigger foods generally need to be identified using a process of food elimination and reintroduction. Wheat and dairy are the two most common triggers for EoE, and patients will often start by eliminating these two foods for about eight weeks. At that point, their symptoms are reassessed, and they also undergo a repeat endoscopy with biopsies to determine if the eosinophils have disappeared in response to the dietary changes.

Several medication therapies are on the horizon. These include better formulations of steroids and biologic medications that reduce the activity of eosinophils.

If you are having trouble swallowing or have experienced episodes of food getting stuck in the esophagus, particularly if you have other allergic conditions, discuss your symptoms with your doctor. Unrecognized or untreated EoE can lead to permanent damage to your esophagus.

For more information or to learn about strategies for living with EoE, visit the American Partnership for Eosinophilic Disorders.

Whether you get skin rashes, itchy eyes, wheezy airways, or a runny nose, an allergic response is no fun, and is sometimes dangerous. In Controlling Your Allergies, you'll learn to identify your allergic symptoms, pinpoint your triggers, distinguish between intolerance and allergy, and choose the best treatment for your particular type of allergy. 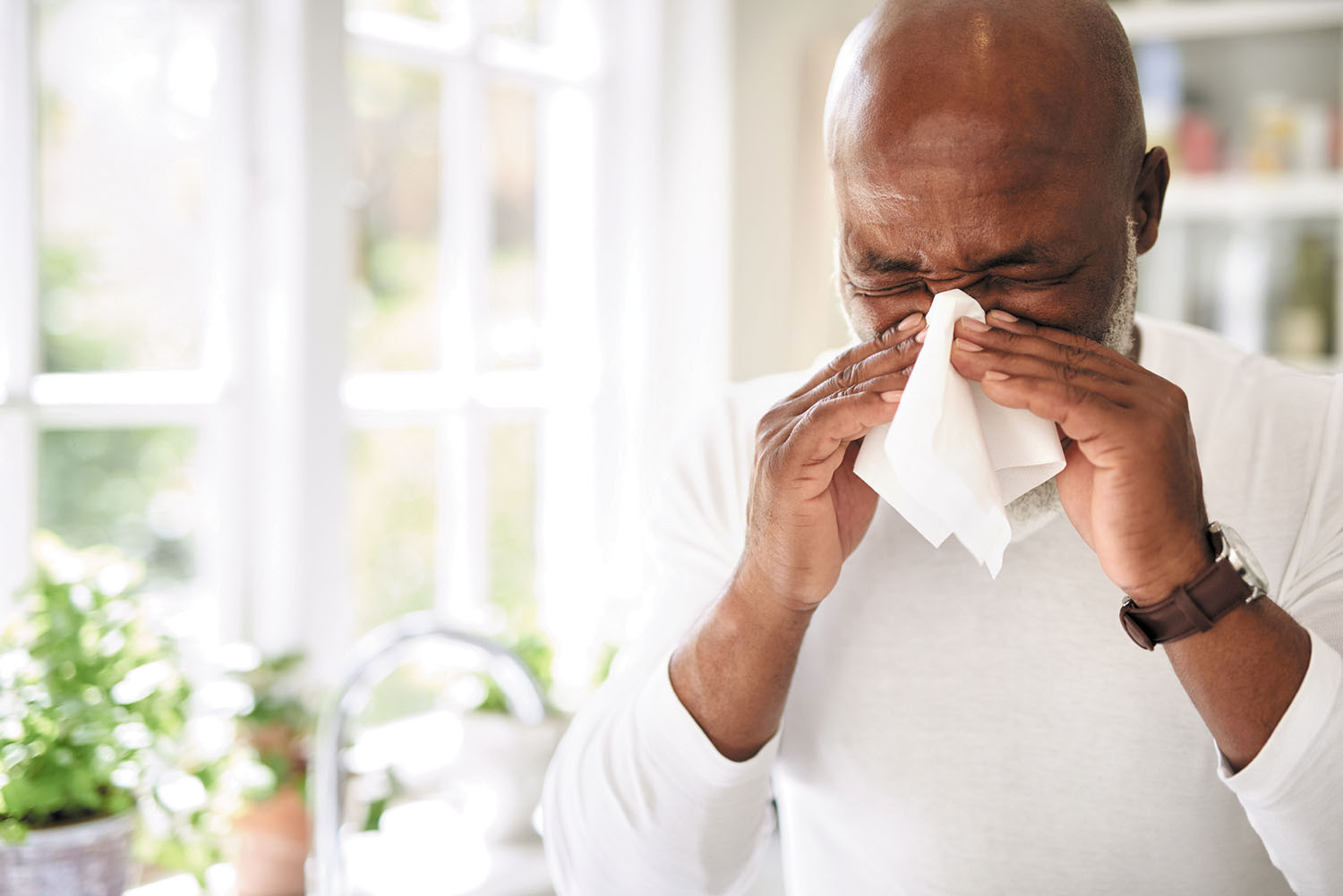 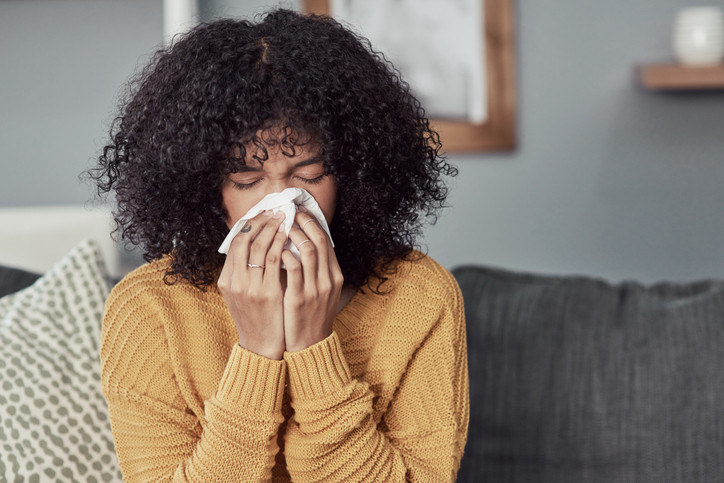 Can dust mite allergy be treated with a pill?

Is cheese a healthy source of probiotics?