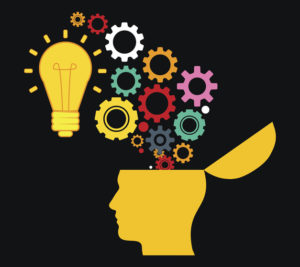 Mentally stimulating activities help the brain create new connections that may prevent cognitive decline as people get older, and there are plenty of simple, low-tech ways to sharpen your thinking that are budget-friendly.

We’ve all experienced the feeling of sluggish, fuzzy thinking and a lack of sharpness, possibly caused by an illness or a medication. But what if that feeling didn’t go away and your thinking didn’t return to normal? That’s the situation for some people who have recovered from COVID-19, and there can be long-term effects on other organs as well.

When ADHD persists through early adulthood into middle age, it presents many of the same challenges it does in childhood, but with added pressures from the busier pace of life and expectations from work and family. Fortunately there are strategies that can help you navigate this condition.

The FDA is in the process of deciding whether to approve a new drug to treat Alzheimer’s. Two large clinical trials produced contradictory results, but other factors will affect the decision, including cost, incidence of side effects, the drug’s effectiveness, and more.

A study conducted by AARP found correlation between a person’s engagement with music and their opinion of their brain health and cognitive ability. While the study did not involve any objective measure of brain health, music has been shown to activate multiple areas of the brain, and keeping brain pathways active helps keep the brain strong in older age.

It’s well known that getting enough sleep is critical to daily functioning and long-term health. Now, new research suggests that a lack of enough REM sleep may be related to earlier death in people at middle age or older.

It has been known for some time that air pollution causes heart and lung diseases. Now, results from three different studies on populations in different parts of the world show an association between higher levels of air pollution and greater risk of cognitive impairment, dementia, and Alzheimer’s disease.

A Mediterranean-style diet has been shown to benefit cognitive performance, and one food — fish — stands out as helping lower risk of both cognitive impairment and cognitive decline.

Older adults who find themselves struggling with memory, attention, or focus may be diagnosed with mild cognitive impairment, but it could also be ADHD, particularly if the person has other relatives with the condition.

When people with dementia start exhibiting agitated behaviors, doctors often prescribe medications, but these have risks of serious side effects. A new study found that nondrug interventions were more effective than medications in reducing agitation.