People tend to think that the telltale sign of depression is sadness—a pervasive down, dragging feeling that won’t let up, day after day. But depression often manifests itself as something else entirely—like aches and pains or memory lapses. These “unusual” symptoms are actually quite common. They can mask depression—and delay an important diagnosis—especially in older people, who often display their depression in ways other than sadness. These include trouble sleeping, lack of energy, fatigue, trouble concentrating or remembering, loss of appetite, and aches and pains that don’t go away. If you have one or more of these symptoms that can’t be traced to an illness or ailment, a frank talk with a trusted doctor about the possibility of depression might be a good step forward.

The results of a new trial being made public today should get everyone interested in following a Mediterranean-style diet. What makes these new results so important is that they come from a randomized controlled trial, what many consider to be the gold standard of medical research. In the five-year trial, there were fewer heart attacks, strokes, and deaths from cardiovascular disease among participants who followed a Mediterranean-type diet than among those following a low-fat diet. A Mediterranean-style approach to food represents a diet of abundance, not restriction. Add not smoking and daily physical activity to this flexible eating strategy and you have a blueprint for protecting, and perhaps even improving, health.

Memory slips are aggravating, frustrating, and sometimes worrisome. When they happen more than they should, they can trigger fears of looming dementia or Alzheimer’s disease. But there are many mundane—and treatable—causes of forgetfulness. Here are seven common ones: lack of sleep, some medications, an underactive thyroid, drinking too much alcohol, stress, anxiety, and depression. If memory lapses are bugging you, it’s worth a conversation with your doctor to see if any reversible causes are at the root of the problem. Something like getting more sleep, switching a medication, or a stress reduction program could get your memory back on track.

After being confined to health-food stores for years, gluten-free foods have become the latest food fad. Supermarket aisles abound with products proudly labeled “Gluten free,” and many restaurants now offer gluten-free options. For people who can’t tolerate gluten, a protein found in wheat, rye, and barley, this abundance is a blessing. But lately it’s become hip to go gluten-free. Based on little or no evidence other than testimonials in the media, people have been switching to gluten-free diets to lose weight, boost energy, treat autism, or generally feel healthier. People who are sensitive to gluten may feel better doing this, but most won’t get a significant benefit from the practice—and will pay more for food because gluten-free products are expensive. It’s important to know that it can set you up for nutritional deficiencies such as a dearth of B vitamins and fiber. 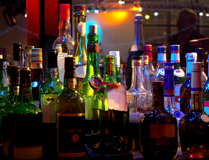 The message that drinking a little alcohol is good for the heart has gotten plenty of attention. A new study linking alcohol with increased risk of dying from various cancers may temper that message a bit. About 4% of cancer deaths worldwide are related to alcohol use. A new study shows the in the United States, alcohol causes 3.5% of cancer deaths, or about 20,000 cancer-related deaths each year. The most common alcohol-related cancers were mouth, throat, and esophageal cancer in men, and breast cancer in women. At the same time, drinking alcohol in moderation (no more than two alcoholic drinks a day for men and no more than one a day for women) has been linked to lower rates of heart disease and deaths related to it. Advances in genetics may one day let us predict more accurately who can use alcohol in moderation and who should avoid it completely. Until then, it’s best to personally weigh the benefits and risks, ideally with a trusted health care provider.

The term “chocoholic,” usually said with a smile, actually nods to a potentially serious question: can a person become addicted to food? There are three essential components of addiction: intense craving, loss of control over the object of that craving, and continued use or engagement despite bad consequences. People can exhibit all three of these in their relationships with food. It’s most common with foods that deliver a lot of sugar and fat — like chocolate — because they trigger reward pathways in the brain. In some animal studies, restricting these foods induced a stress-like response consistent with the “withdrawal” response seen in addiction. Much of the scientific discussion about food addiction has been sparked by the epidemic of obesity sweeping the U.S. and many other countries. Many people who are overweight crave food, lose control over eating, and experience negative health effects that should, but don’t, serve as a deterrent. The influence of stress on eating provides another link between food and addictive behavior.

A pacemaker-like device that stimulates the brain can help control some of the muscular problems brought on by Parkinson’s disease, the second most common neurodegenerative problem in America. A report in tomorrow’s New England Journal of Medicine may prompt doctors to recommend its use sooner rather than later. For more than a decade, deep-brain stimulation has been used to help control Parkinson’s symptoms. It involves placing a tiny wire called a lead (pronounced leed) in the part of the brain that controls movement and a matchbook-sized stimulator under the skin below the collarbone. The lead and stimulator are connected to each other by a second wire that runs under the skin of the shoulder, neck, and head. The device emits small pulses of electricity that help coordinate movement. Deep-brain stimulation traditionally isn’t used until a person has lived with Parkinson’s for a decade or more. The new report in the NEJM will give doctors more leeway to use this therapy earlier in people with Parkinson’s.

To get or stay healthy, many people focus on exercising more, eating better, or quitting smoking. Getting recommended vaccinations is another relatively simple strategy for health that an alarming number of Americans overlook. Vaccination isn’t just for kids. Adults should get immunized against infectious agents that cause the flu, pneumonia, whooping cough (pertussis), shingles (herpes zoster), and more. The latest schedule for adult immunization has been published in the Annals of Internal Medicine. It now recommends adding a second anti-pneumonia vaccine for people with compromised immune systems. It also says that all adults age 65 and older should get the tetanus, diphtheria, and pertussis (Tdap) vaccine, as should pregnant women with each pregnancy. When it comes to adult immunization, Americans aren’t doing very well. One-third of older Americans don’t get the pneumococcal vaccine, 84% don’t get the shingles vaccine, and 87% don’t get the tetanus, diphtheria, and pertussis vaccine. In addition to protecting yourself from an infectious disease, immunization also protects others.

As a huge, snowy Nor’easter barrels into New England, I’m thinking about all the shoveling I’ll be doing over the next couple days. Luckily I have three teenagers to help. But now that I’m of an AARP age, I have to be more mindful of the cardiovascular effects of shoveling. Snow shoveling is a known trigger for heart attacks. Emergency rooms in the snowbelt gear up for extra cases during significant snow storms. What’s the connection? Many people who shovel snow rarely exercise. Picking up a shovel and moving hundreds of pounds of snow, particularly after doing nothing physical for several months, can put a big strain on the heart. Pushing a heavy snow blower can do the same thing. Cold weather also contributes. Tips for protecting the heart include shoveling many light loads instead of fewer heavy ones, taking frequent breaks, and hiring a teenager.

Getting extra calcium from supplements is supposed to be good for your bones. The latest in a string of studies heightens concern that this simple practice could end up being bad for your heart. The results support growing recommendations to get calcium from food, not pills. The latest evidence comes from the NIH-AARP Diet and Health Study, which has followed the health of nearly 400,000 men and women since 1995. Over 12 years of follow-up, men who took more than 1,000 milligrams (mg) of daily supplemental calcium were 20% more likely to succumb to heart disease than those who didn’t take calcium supplements. There was no connection between calcium supplements and heart disease in women (which has been seen in earlier studies), and no connection with calcium from food. This one study isn’t enough to find calcium guilty of heart disease in the first degree. But it’s not the only research to point the accusing finger. This line of research has some experts placing greater emphasis on a nutritious, calcium-rich diet and weight bearing exercise than on calcium supplements for keeping bones strong.